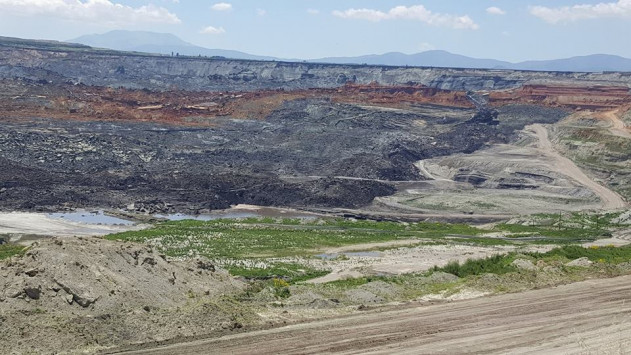 “It is a significant shock but we will absorb it,” Manolis Panagiotakis, chairman and CEO in Public Power Corporation said on Monday, commenting on a landslide accident in the Amyntaio lignite mine.

Addressing an extraordinary general shareholders’ meeting, Panagiotakis said early estimates over the cost of the damage were excessive and have no relation with reality.

PPC sources said the cost of the damage, along with the cost of expropriation in the Anargyri community (50 pct covered by PPC) was around 200 million euros, but added that an accurate estimate cannot be done before completion of a survey in the area which could take around two months. A first estimate is expected in 15 days, he said.

Panagiotakis attributed the landslide to the activation of a second rift in the region, which has not been detected/monitored. Readings from the first rift led to the withdrawal of both personnel and equipment from dangerous places at first.

The critical issue was to determine which part of the lignite field remains exploitable and to what extent damages suffered by machinery equipment can be repaired. Panagiotakis said the lignite field in Amyntaio was 30 million tons in size, but there is a 4.5-mln-ton field that remains unscathed and can be sued to operate the Amyntaio power station -currently operating at a limit of 17,000 hours for environmental protection reasons. PPC plans to operate the unit in the winter.

The Amyntaio mine employs around 600 workers. Following the landslide, PPC will keep only the necessary personnel and the rest of the workers will move to other mines in the region.

PPC shareholders approved a board plan to set up a guarantee worth 3.0 million euros per month to a Larco’s bank account to cover the company’s debt to PPC. The agreement with Larco is expected to be signed next week.