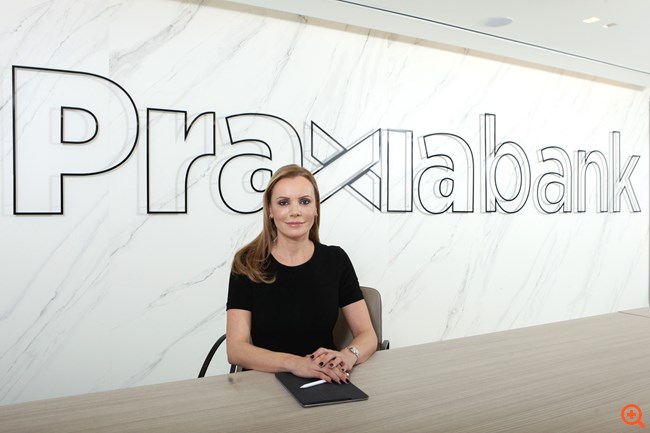 Praxia Bank is going to be intoduced in the market in 2019.

Anastasia Sakellariou, CEO of Praxia Bank, has mentioned in an interview that “the objective of Praxia Bank’s shareholder is to create a healthy, modern, powerful, competitive and efficient digital bank that can meet the needs of small and medium-sized business, as well as individuals”.

“We need to emphasize on the composition of our Board of Directors, so that we understand that the operation of Praxia Bank is firmly supported by the shareholder” she said.

Mrs Sakellariou noticed: “Our Board of Directors has been comprised of nine members;remarkable executives with long international experience, as well as the two co-founders of Atlas, Bob Diamond and David Schamis.

Furthermore, Tim Kacani,Atlas CFO, and Sally Bott, who has a30-yearcareer in Human Resources, and has been aformer Barclays, BP and UBS Head of Human Resources and Compensation Unit, are members of the BoD. Corrado Passera is the Chairman;he has served as Minister of Transport and Infrastructure and Minister for Economic Development during the Monti government in Italy, and, as the Head of Intesa, has lead the merge with Sanpaolo IMI, creating the banking giant Intesa Sanpaolo.

Following 40 successful years in the financial sector, Mr. Passera is currently attempting to build the same model as Praxia Bank, a challenger bank, in Italy. Bob Willoughby, Chairman of the Risk Committee, has also been involved in the Board of Directors, with30 years of successful career, serving asHead of Credit Suisse’s Credit Underwriting and Capital Commitments Unit as well, and Michael Katunas, who has also served in senior positions in Credit Suisse, as well as Deputy CEO at QInvest, Qatar’s investment vehicle”.

Acording to the CEO of Praxia Bank, the “building” of such a bank obviously does not happen within a day. “We have developed a five-year business plan, which we are already implementing. We have started building our bank with only 4 people; nowadays, we have already reached number 122, and the goal for the five-year period is to exceed 400. It’s an attempt to create a viable business model through innovative organization models, administration and service delivery models,having technology as an ally, but starting from scratch at all levels. As would be expected, the path towards the implementation of such a plan has gone through many difficulties, ups and downs, redefining priorities, etc.”.

Anastasia Sakellariou said that “this is ’embedded’ within the project DNA itself, and requires executives who have the skillsas well as the experience to manage all the above, and at the same time are able to lead and inspire junior members of the team towards a common goal and vision”.

Atlas has a long-term investment plan,with a commitment to build Praxia Bank, she add.

“Atlas is the only shareholder in Praxia having acquired 100% of the bank, and wants to maintain it that way. Atlaspurchased the banking license with the commitment to support the business plan that has a capital requirement of 250-300 million euros over the next five years.

But this does not mean that all funds will be used from day one. Following the example of similar ventures, and seeing foreign challenger banks, disbursement is gradually being done to meet the requirements of the business plan, while trying to maximize their returns. During the contacts we had with international investors, there was an interest from certain global investors to participate in Praxia Bank’s share capital. However, Atlas has decided to remain the only shareholder in the bank”. 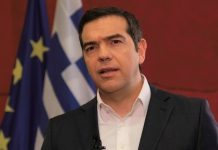 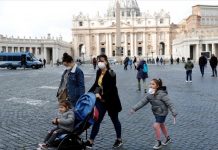