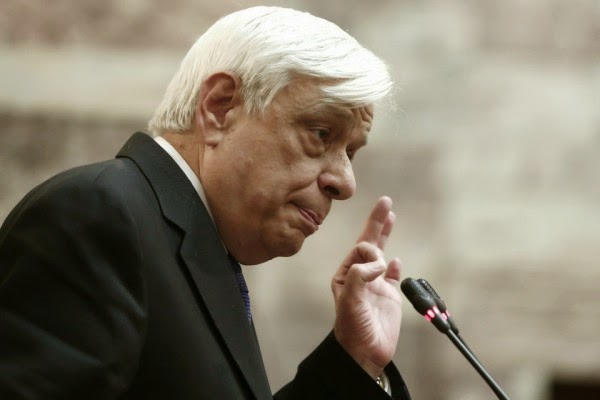 The Eurogroup is not a European Union institution according to European Court of Justice rulings, President of the Hellenic Republic Prokopis Pavlopoulos said on Monday, as he accepted an honorary doctorate from the University of Coimbra in Portugal, one of the oldest universities in Europe.

Pavlopoulos, who is on an official visit to Portugal, noted that the Eurogroup was an informal forum of Eurozone finance ministers without “institutional significance,” even though it took all the decisions for the implementation of bailout programmes and the stiff sanctions to be imposed if their implementation was considered to fall short.

He had earlier referred to recent ECJ rulings on actions by Cypriot depositors challenging the Cyprus bank “bail-in” and calling for the annulment of a March 2013 decision to seize bank deposits as part of Cyprus’ bailout agreement. In September 2016, the ECJ upheld earlier judgements that had dismissed these actions as inadmissible.

Pavlopoulos said the ECJ’s judgements had “significant added value” by extension, regarding the nature of the Memorandum of Understanding between the European Stability Mechanism (ESM) and the Cyprus Republic and the Eurogroup statement, as well as the responsibility of the European Commission and European Central Bank acting on behalf of the ESM.

As part of its reasoning, Pavlopoulos noted, the ECJ held that the ESM could not be regarded as forming part of the institutions of the European Union, that the Eurogroup statement could not be imputed to the Commission or the ECB, that the statement was not capable of producing legal effects with respect to third parties, and that, as such, it could not be contested in EU courts.

To dispel any lingering uncertainty on this score, Pavlopoulos added, the ECJ had then referred to the Eurogroup as an informal meeting or discussion forum of ministers in member-states using the euro “and not a decision-making organ!”

According to Pavlopoulos, given a situation where the Eurogroup was at once informal and simultaneously took some of the most critical decisions taken in the EU, ECJ case law was inevitably led to the conclusion that the Eurogroup had the role of an “éminence grise”. This was not entirely the fault of the court, he added, but a result of a “lack of effective rules of economic governance within the Eurozone, which deepen the ‘democratic gap’ in the EU as a whole.”