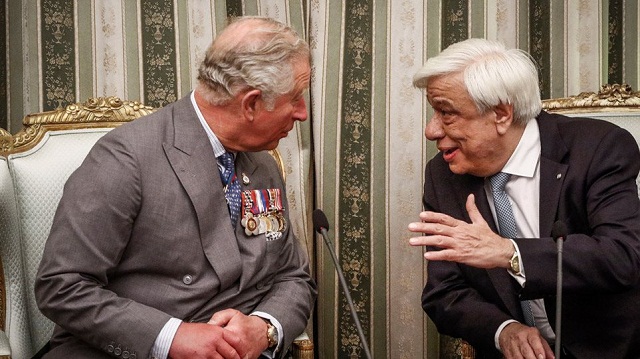 President Prokopis Pavlopoulos said on Wednesday that the visit to Greece by Prince Charles and Camilla, the Duchess of Cornwall, is an important link in the friendship chain between Greece and Britain.

The Greek president spoke about a historical moment and underlined that it is the first time that formally the successor to the British throne is visiting Greece as he wished that more visits would follow. 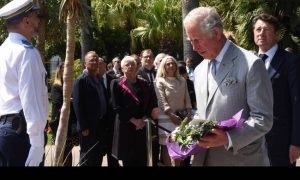 At the same time, he analytically referred to the common battles between Greece and Britain for freedom and democracy and underlined that role played by Lord Byron, the philhellenic current created by him, the ideology between state and nation, he supported, and the decisive role played by Admiral Sir Edward Codrington in the battle of Navarino, the result of which, contributed largely to the creation of the modern Hellenic state.

Additionally, the president spoke about the two World Wars and assured that we are ready to continue to give these battles because today times are difficult and the two countries can play important roles on our troubled planet.

The Greek president also referred to Prince Charles’ Greek roots, via his father, and highlighted that he is always welcome to Athens, predicting that this visit will be followed by more.

Prince Charles thanked the Greek president for his exceptionally polite welcome and marked that he only spoke with kind words about ties between the two nations that stretch over many years.