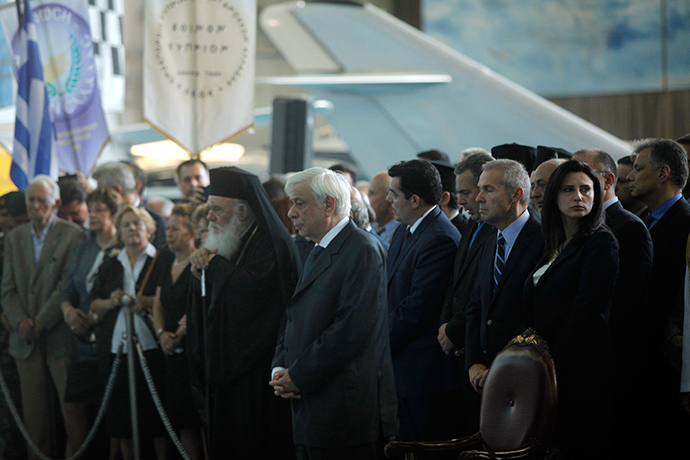 President Prokopis Pavlopoulos invited the international community and the European Union on Tuesday to assume their share of responsibility for the situation in Cyprus and the recent questioning of the Lausanne Treaty, during a ceremony at Decelea’s air base to receive the remains of Greek military personnel who died in Cyprus 42 years ago.

“The Treaty of Lausanne, which must be fully respected because it constitutes an integral part of international law, does not only delineate Greece’s borders, it delineates the borders of the European Union,” Pavlopoulos said.
He criticized the international community’s toleration of the continued violations of UN decisions describing it as a “heavy trauma” and noted its indifference for this blows to international law.

Pavlopoulos also said the European Union should not tolerate occupation armies on European soil, noting that this is a blow to European democracy.