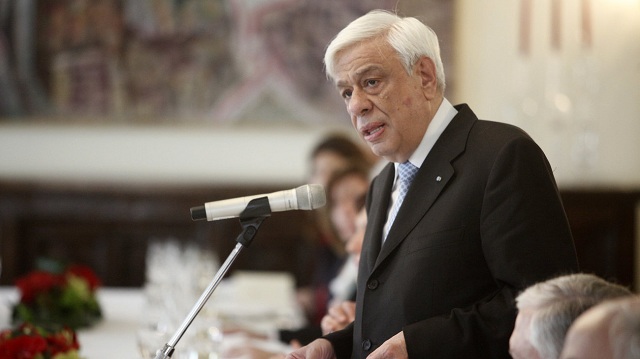 Greek President Prokopis Pavlopoulos, who inaugurated the Greek Institute of Thracian Research in Alexandroupolis, sent a message to Turkey that Greece seeks good relations, but in matters concerning our national laws and the application of international law, it is not possible to have retreats, setbacks, or negotiations.

“I want to remind to Turkey that not only do we seek good relations, but we are also sending the message that in these turbulent times, Greece is the door and the window to the West and the EU, and we are ready to keep that door and window open. We proved that because we were the first ones in the puzzled West, and perhaps for several hours, that supported the democratic legitimacy in the neighboring Turkey during the recent coup attempt. But as far as it concerns our national laws and the application of international law, it is not possible to have retreats, setbacks, or negotiations, ” Pavlopoulos underlined.

Referring to the Lausanne Treaty, he said that it is “valid and non-negotiable.”