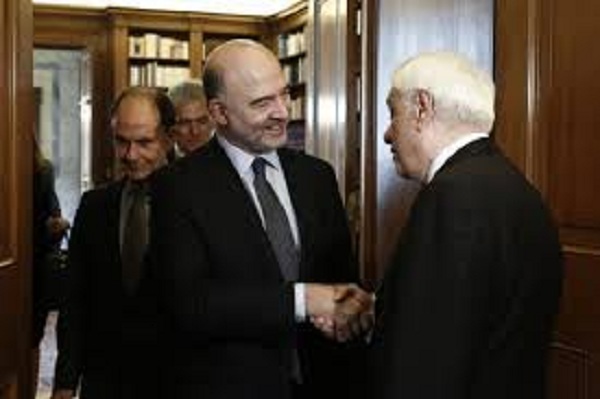 Setting Greece’s position in the eurozone at risk is as if setting the unity of the eurozone itself at risk, President Prokopis Pavlopoulos on Wednesday said during the decoration of EU Commissioner for Economic Affairs Pierre Moscovici with the Grand Cross of the Order of the Phoenix.

Pavlopoulos referred to the role of Moscovici in defending the unity of the European Union and the hard core of the eurozone as well as its positive stance on the Greek issue.

On his part, Moscovici thanked the Greek President for the great honour and stressed that “we cannot consider Greece outside the core of Europe and the eurozone.” He also added that Greece has shown courage and promised that
he will continue to give the same struggle as he has been doing in the last years.