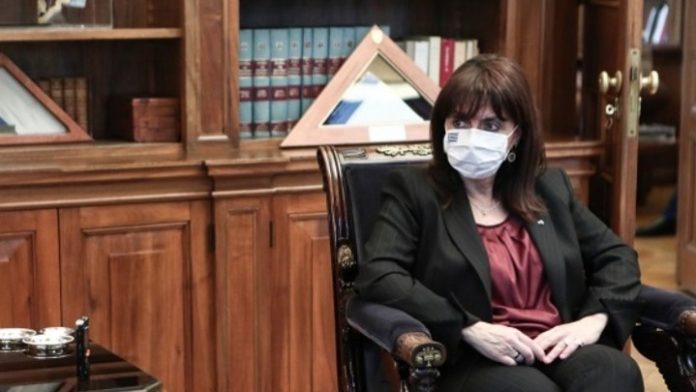 President Katerina Sakellaropoulou referred to current challenges facing the rule of law principle in Europe after the coronavirus pandemic, in an address to an e-conference by the Konrad Adenauer Foundation on Thursday.

Over the last two decades “the 20th century’s certainties and assumptions were shaken, and many of our expectations were dashed,” she underlined.

“Today, in the pandemic’s vortex,” the Greek president stressed, “it is imperative to strike the difficult balance among the protection of public health – which remains the highest priority – the safeguarding our rights, and the prevention of a new economic recession.”

The principle of the rule of law in the European Union “remains both our most powerful refuge and asset during the uncertainties of our time. Europe remains one of the globe’s privileged corners for peoples,” Sakellaropoulou noted.

Besides the German foundation, the “Rule of Law in the EU: Challenges & Prospects” e-conference organizers included the Centre of International and European Economic Law and the Kyklos Ideon (Circle of Ideas for the national reconstruction) think tank in Greece.