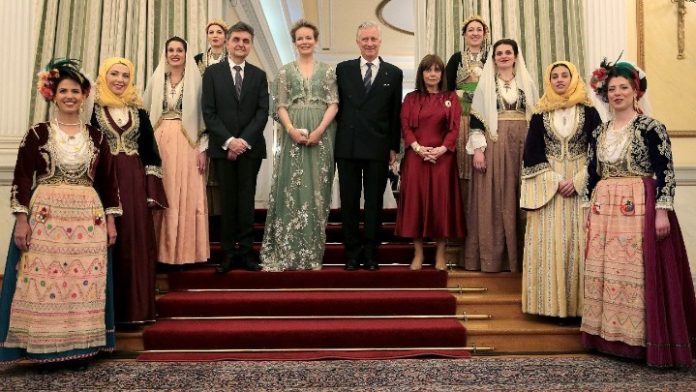 “Greece and Belgium share the same vision for a united and strong Europe, as well as common views on issues that concern the international community, both on a European and on a regional and global level,” President of the Hellenic Republic Katerina Sakellaropoulou said in her speech at the official dinner held at the presidential mansion on Monday in honour of the visiting Belgian royals, King Philippe and Queen Mathilde of the Belgians.

She underlined Greece’s desire to further cement the already excellent bilateral ties of friendship between Greece and Belgium, for the benefit of both peoples, while stressing issues relating to European security and the threat posed by the Russian invasion of Ukraine.

In his reply, King Philippe noted that Belgium and Greece are reliable partners in the share effort for a strong and united Europe, “which creates societies of prosperity and openness, which is based on the principles of freedom, democracy and peace.”

“We know that we can rely on you and you know that you can rely on us,” he said, adding that the recent events were a reminder that these foundations and values could not be taken for granted and that their preservation demanded “our undivided attention and constant effort”.

“This official visit marks our desire to enrich this true relationship of European partnership between our countries. It urges us to invest in the major fields of energy security and climate change, which are so closely interlinked,” he added.