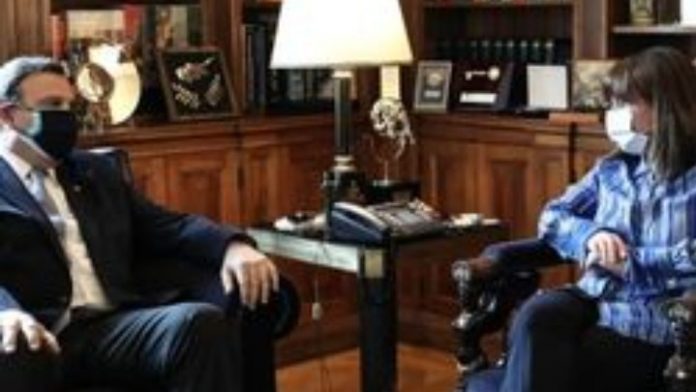 The President of the Hellenic Republic Katerina Sakellaropoulou on Monday received the president of the International Olympic Academy (IOA) Isidoros Kouvelos at the Presidential Mansion. Kouvelos briefed her on the renovation and upgrading of the Academy’s premises in Ancient Olympia, which is being carried out with funding from the International Olympic Committee (IOC).

On her part, Sakellaropoulou congratulated Kouvelos, underlining the International Olympic Academy’s importance on the promotion of the Olympic Values and the development of Olympic Education.