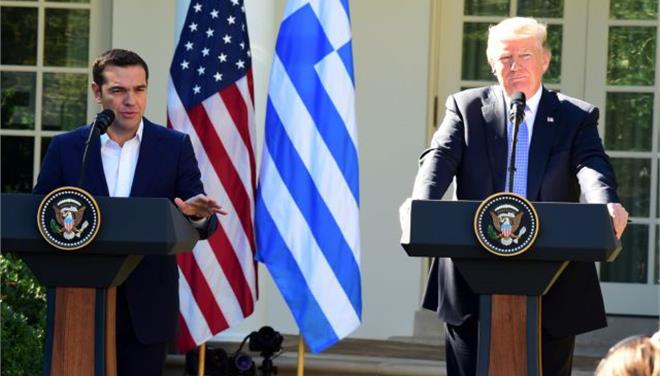 When the Greek prime minister was asked on Tuesday to explain why he referred to President Trump as “evil,” Trump quipped that he wished he was aware of the remark beforehand.

“I wish I knew that before my speech,” Trump said during a joint news conference with Greek Prime Minister ​Alexis Tsipras.

During a speech in 2016, Tsipras said he was surprised that Trump had become the leading contender to win the White House and said he hopes “we will not face this evil.”

“Tell me who of you would believe a few months ago that in the US today, the front-runner on behalf of the Republicans for the nomination of the candidate President would be Mr. Trump?” Tsipras asked​ in the speech​. “And, of course, what this nomination marks, the ideas it represents, the appeal it reaches and the threat to become even President – I hope we will not face this evil.”

The two leaders shrugged off the comments during their news conference in the Rose Garden.

Trump said many world leaders “were a bit nervous” after his win in November, because they know that he will stand up for America.

“We’re just not going to allow the United States to be taken advantage of by other countries anymore​,​”​ he said, mentioning how US companies are taking jobs overseas. ​

​Tsipras ​said he and Trump were able to find “common ground” and “common objectives” during their meeting in the White House.

​He also talked about how both countries prize democracy and freedom and said Trump continues to support those traditions.​