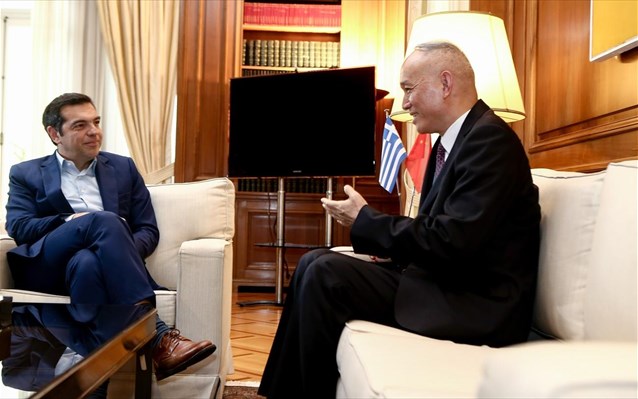 Prime Minister Alexis Tsipras met with the Secretary General of the Beijing Communist Party and member of the Political Bureau and the Central Committee of the party, Cai Qi, at the Maximos Mansion on Monday.

Cai Qi conveyed his country’s appreciation for the efforts Greece is making towards economic growth, and expressed his confidence that Greece would succeed in these efforts.

Tsipras uploaded a photograph from the meeting on his Twitter account. At 20:30 on Monday, the prime minister will address the Digital Economy Forum 2018, an event organized by the Greek Association of Information Technology and Communications, at the Intercontinental Hotel.