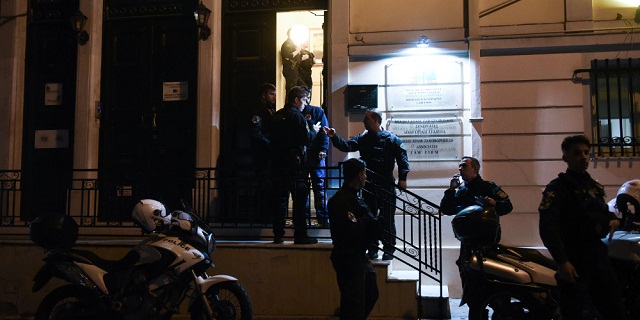 A prominent lawyer was shot and killed by unknown individuals in his office in central Athens on Thursday evening, police said.

Zafiropoulos’ office is located on Asklipiou Street, in Exarhia. Police arrived swiftly on the scene and are investigating the crime.

The cold-blooded murder was most likely related to a case he was handling, sources from the Attica security police who are investigating the murder said, after the examination of initial evidence.

According to an associate of Zafiropoulos who worked in the office next door, the victim told him he had an appointment with two clients who arrived around 19:00 and rang the bell. The victim opened the main entrance of the building and they walked up the stairs to his office on the second floor. They sat in the conference room and the suspects asked his associate to leave the room. The witness said they didn’t speak Greek very well so he assumed they were foreign nationals.

After he had returned to his office, he heard gunshots and ran to see what had happened. He found the victim bend over his office and the killers gone. He immediately called the police.

Initial indications show two bullets hit Zafiropoulos -one in the abdomen and one in the head – but the autopsy will determine the exact points of entry. Police is gathering footage from nearby CCTV cameras and continuing their investigation.

The victim was the son of former New Democracy MP Nontas Zafiropoulos. Political parties have condemned the killing and Prime Minister Alexis Tsipras has called for the prompt investigation and resolution of the crime.

Athens lawyers announced they will abstain from their duties for seven days as a sign of mourning, “a minimum response to the abhorrent murder” of lawyer Mihalis Zafiropoulos and “the blind murderous violence against lawyers,” according to the board of the Athens Bar Association (ABA) on Thursday night.

The abstention will start on Friday (oct. 13) and end next Saturday (Oct.21). “We consider the support of the judiciary and judicial staff to be self-evident,” the board said.