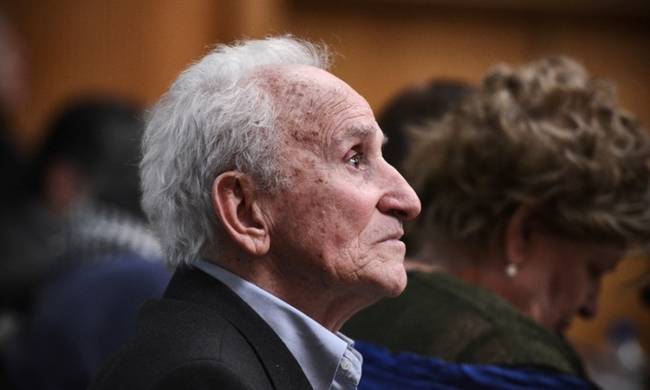 Greek painter Dimitris Mytaras passed away at the age of 83 on Thursday due to serious health issues which had resulted in the loss of his eyesight.

“If you remove Myraras from the Greek history of art, then you know it will be poorer,” the Director of the National Gallery Marina Lambraki-Plaka has stated once about the great painter.

Born 1934 in Chalkida, he studied at the Athens School of Fine Arts under Yiannis Moralis. He continued his studies in stage design at the Ecole Nationale Superieure des Arts Decoratifs in Paris. From 1964 till 1972, he directed the Interior Decoration Workshop of the Athens Technological Institute. He has participated in more than 30 international group shows, including the 1972 Venice Biennale.

Mytaras was also selected to create one of the official posters for the 2004 Summer Olympics in Athens.

New Democracy leader Kyriakos Mitsotakis expressed on Thursday his condolences to the family of painter Dimitris Myraras, saying the country lost one of its most brilliant artists. “Greece lost today one of its most brilliant artists. A gifted man, an academic of international stature, a teacher of painting. With his stance in life and his creations, Dimitris Mytaras honoured our country in a way that few people have,” he said. “To his family I extend by warmest condolences.”