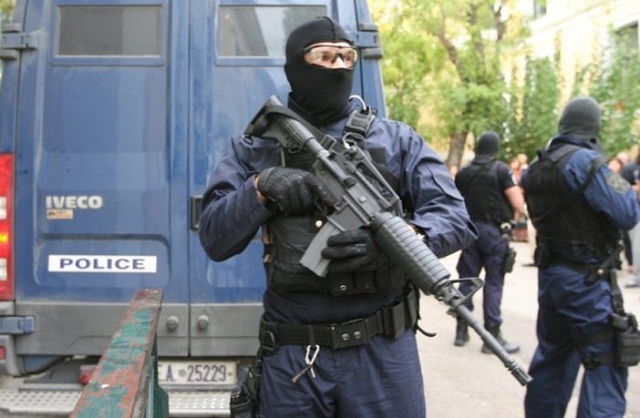 The 11 suspects arrested during police operations to dismantle the extreme-right militant group ‘C18’ were led before a public prosecutor on Wednesday, who pressed criminal and other charges against them for a series of offences, including acts committed as part of the action of a criminal organisation.

Sources said the group operates under the name C18 in imitation of the British far-right group ‘Combat 18’, and is considered responsible for 30 attacks on venues frequented by anti-establishment groups, migrants and other locations.

All 11, including one minor, were led before the prosecutor under tight security by counter-terrorism squad officers, who had concealed their faces.

The charges against seven of the accused – who have been linked to C18’s activity – include those of running, joining and participating in a criminal organisation with the intention of committing crimes, arson, causing explosions and illegal possession of explosives. The remaining four were arrested for lesser offences ascertained during house searches and other operations and will face misdemeanour-level charges, such as weapons possession, drug possession and others.

All the accused, including one 30-year-old lawyer from Piraeus, have denied the charges against them, sources said. The case has now been referred to an examining magistrate, from which the accused are expected to be given a date for presenting their testimony in the coming days.

According to the police, the group was uncovered by Greece’s counter-terrorism squad in the course of its investigations, with 11 arrested so far. As part of an operation that started on Tuesday, police have searched 10 residences in Attica and two houses in other Greek cities.