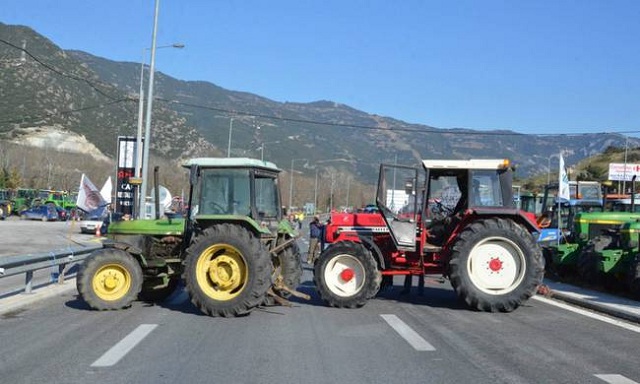 Farmers from Thessaly shut down the Athens-Thessaloniki highway in both directions at the Nikea roundabout, Larissa area, on Monday.

Farmers from Larissa, Karditsa and other areas joined the action protesting product pricing, taxation, and revenue regulations. Similar events are part of actions in other regions of Greece over common issues.

Rizos Maroudas, president of the federation for Larissa-area associations, part of the national committee on roadblock actions, told the Athens-Macedonian News Agency that the action was a call for all farmers in the main production area of Thessaly to join the Nikea block in support of their colleagues. He also hailed all strike actions by farmers in other Greek regions as well.

Some of the demands as listed by the national committee include a guaranteed minimum price for agricultural products that covers cost of production; untaxed petrol; a higher ceiling for tax exemption; construction of irrigation and anti-flooding systems.