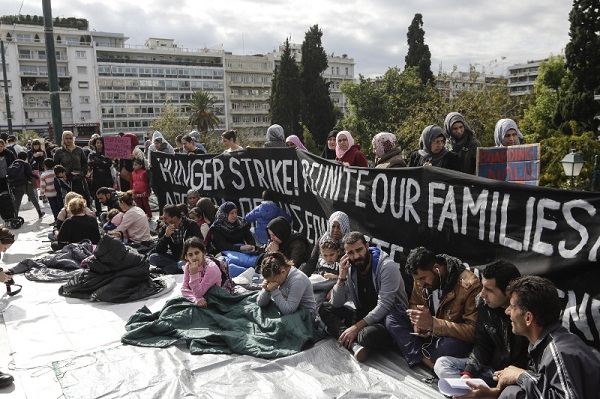 Refugees from different camps and hosting centers in Greece have started a hunger strike to reunite with their families.

The refugees have set up tents on Syntagma Square, stating that they will remain there until their requests, which have been approved, are fulfilled.

“We ran away from Syria because of a war there and we came here and now live in the streets with our children. We will stay here until our demands are fulfilled. We have not applied for asylum just for the sake of family reunification,” said one of the hunger strikers.

In an announcement, the refugees asked “the Greek and the German governments to respect the six-month legal deadline to reunite a family from the day its request is approved.”

The refugees will give a press conference on Thursday at 11.00 at Syntagma square.