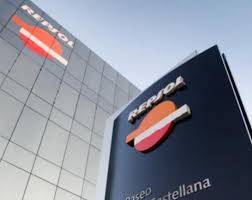 Repsol, a Spanish oil group, signed an agreement to buy a 60 pct of concession contracts for hydrocarbon explorations in the regions of Ioannina and Aetoloakarnania from Energean Oil & Gas, the winner of an international tender for the two regions.

Under the terms of the agreement, Repsol will take over as operator of the explorations and will proceed with a seismic search in the Ioannina field in the period 2017/2018 and in Aetoloakarnania in the period 2018/2019.

In an announcement, Energean said the agreement opened a new page in the country’s efforts to exploit domestic hydrocarbon reserves, as Repsol is one of the biggest oil companies in the world, listed in the stock exchange and with established presence in more than 40 countries and a workforce of more than 24,000 workers.

Hydrocarbon explorations will cover an area of 8,547 km in Ioannina and Aetoloakarnania, a region offering geological similarities with recent large findings in Albania, Italy and Croatia.

Mathios Rigas, chairman and CEO in Energean group said: “Repsol’s know-how and Energean’s knowledge of the region’s geology undoubtedly enhance possibilities of new findings in Western Greece that could make the region a new significant benchmark in the oil and natural gas sector. Repsol’s arrival in Greece significantly expands Energean’s history in forging business contracts of added value”.
The agreement is due for approval by Greek authorities.