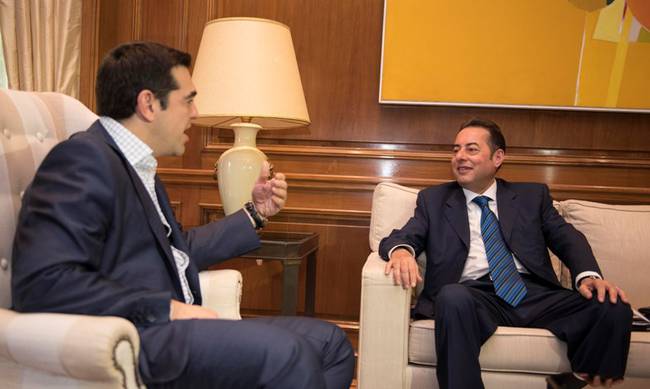 During their meeting in Athens on Friday, Prime Minister Alexis Tsipras and the head of the Progressive Alliance of Socialists and Democrats in the European Parliament Gianni Pittella were fully aligned on the issue of restoring collective labour negotiations in Greece, noting that it was a matter of principle for the EU as a whole and not Greece alone.

“This battle is not a battle for Greece alone but a battle for Europe, because some want to invalidate the institution of collective bargaining not just in Greece but in Europe,” Tsipras said at the start of the meeting. “We must therefore fight together to immediately restore collective bargaining in Greece and the rights of the working class in all Europe,” he added.

Pittella, on his part, said that the 2nd review of the Greek programme must be completed and fully backed the position that collective labour bargaining must be restored. This was not just for Greece, he pointed out, but because “it is a European institution and we must not allow institutions outside the EU to forbid respect of social and labour rights,” he said.

Pittella was visiting Greece on Friday to attend a ceremony where he was declared an honorary citizen of Athens.