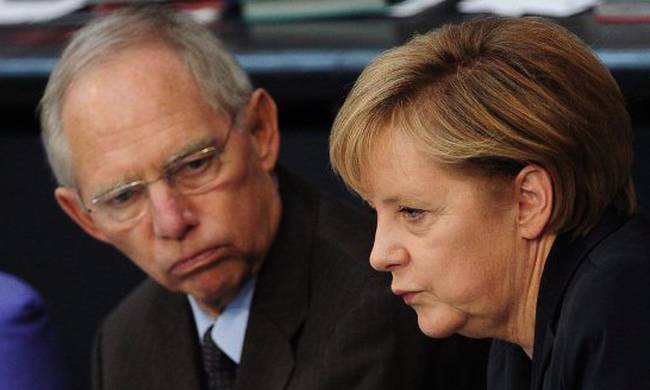 Greece’s bailout program will proceed as planned, euro zone financial leaders said on Monday, shrugging off concerns that the new German government may harden its stance on the aid plan and debt relief for Athens.

After German elections in September, Chancellor Angela Merkel’s center-right party will start talks next week to form a coalition government with the Greens and the pro-business Free Democrats (FDP), whose leader has criticized outgoing Finance Minister Wolfgang Schaeuble for not being tough enough on Greece.

The head of euro zone finance ministers, Jeroen Dijsselbloem, said the agreement on the Greek 86-billion-euro bailout was “solid” and could not be changed by new governments.

“Individual elections in individual countries cannot change the program,” Dijsselbloem told reporters on his arrival at a meeting of euro zone finance ministers in Luxembourg.

Greece is expected to implement a number of belt-tightening reforms agreed with euro zone creditors by the end of the year, before it can exit the bailout program, the third since 2010, in August.

But differences between Athens and euro zone negotiators on reforms have often delayed so-called “reviews” of the Greek program that are necessary for the disbursement of subsequent loan tranches to Greece.

Athens is also seeking a further reduction of its debt with euro zone creditors – an issue that has long been contentious in Germany and could become even more so with the new government.

“I‘m quite sure we will find solutions in Greece as we did in the past,” he said.