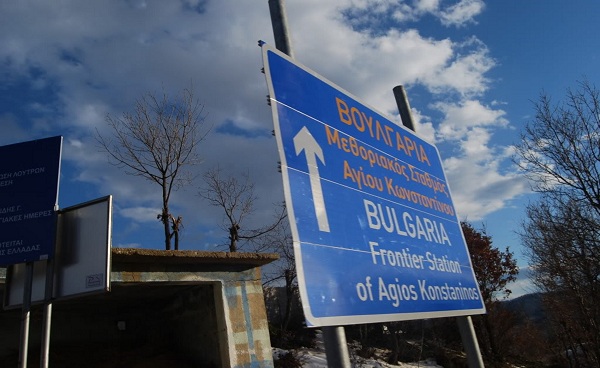 Greek businessman Prokopis Makris believes moving to Bulgaria three years ago was the best decision he ever made.
The accountant shut his failing furniture company in Greece and opened a business helping other entrepreneurs move to Bulgaria to escape a 29 percent tax rate, which has jumped since Athens adopted austerity as part of an
international bailout.

“We are bombarded with taxes in Greece; businesses are being annihilated,” he said in his plush office overlooking the town square of Petritsi, a Bulgarian town about 12km north of the border with Greece.

The debt crises faced by Greece and several other European countries led to drastic spending cuts and tax increases to improve government finances. However, the higher taxes punished businesses, forcing many to shut or move to lower tax jurisdictions, such as Bulgaria or Cyprus, helping those economies, but undermining the recovery needed to balance the books at home.

The number of Greek owned businesses based in Bulgaria, where the corporate tax rate is only 10 percent, has risen to 17,000 from 2,000 in 2010, when Greece had its first bailout, according to Bulgarian authorities.

The Greek government is concerned. It plans a series of tax audits in cooperation with Bulgaria to determine if these business defections are merely changes of address designed to avoid tax rather than a physical relocation of operations.

“Many Greek businesses in neighboring countries may actually be most economically active in Greece,” said George Pitsillis, head of Greece’s Public Revenues Agency, adding that he suspected many firms were using Bulgarian shell companies.

“They may soon be in the unpleasant position of paying tax in both countries, plus fines,” Pitsillis said.
Businesses relocated from Greece generate about 5 billion euros (US$5.3 billion) annually and employ an estimated 53,000 people, according to 2014 data from Greece’s embassy in Sofia. Numbers are rising fast: 3,642 Greek businesses have been registered in Bulgaria so far this year, up from 3,262 for all of last year, according to the Bulgarian Registry Agency.

Bulgaria says it will share tax details with Greece to help the audits. A bilateral tax treaty says a company cannot be taxed in both countries and the tax domicile is determined by wherever its principal activity is located.
“If needed, we will cooperate with the Greek tax authorities under the mechanisms for exchange of tax information between EU member states,” Rosen Bachvarov, spokesman for Bulgaria’s national revenue agency, said when asked about the audits.

The Greek-Bulgarian border, 600km north of Athens, is teeming with traffic. A ravine through mountains on the Greek side gives way to a sweeping valley where agriculture and vineyards are the mainstay of the local economy.

“There are dozens of Greek businesses just in this area alone, from transport companies to textile businesses and construction materials,” said Yiorgos Kalaitzoglou, who runs a logistics business out of one of the industrial parks where a sign reads: “Land of Opportunities.”

Three years ago, his business was stuttering in Greece. He moved to Bulgaria, leaving his wife and family in Thessaloniki, Greece’s second-largest city an hour’s drive away.