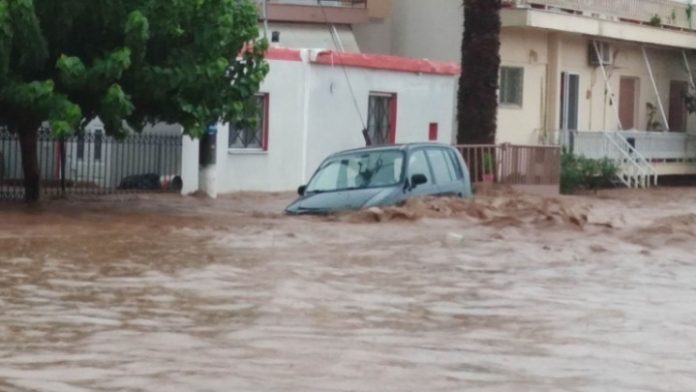 Chief firefighter Ioannis Zafeiropoulos, who was swept away by floodwater during a rescue operation in the village Apalou, was found dead on Monday, the deputy regional governor of the Evros region, Dimitris Petrovits, told Athens-Macedonian News Agency (ANA).

The fire fighter was swept away by fast-flowing water that flooded the roads in the Apalou region as a result of the torrential rains on Sunday night. He was riding on a vehicle that was part of a rescue operation to take children and teachers at a kindergarten to safety.

Roads turned into rivers in settlements around the city of Alexandroupolis on Monday due to continued heavy rains that started on Sunday night, causing several problems throughout the municipality.

The municipal authority told Athens-Macedonian News Agency that teachers and students were trapped within the Antheia lower secondary school, where they were safe but unable to safely return home due to the volume of water on the roads and continued rain.

Students in lyceums in Alexandropoulis were also unable to return to their neighbourhoods until the roads were deemed safe for use by cars, while many roads are impassable due to the high level of the water.

Acute problems have also been reported in the Soufli municipality, with damage to homes and businesses, while the situation is considered manageable in Didymotichos and Orestiada.