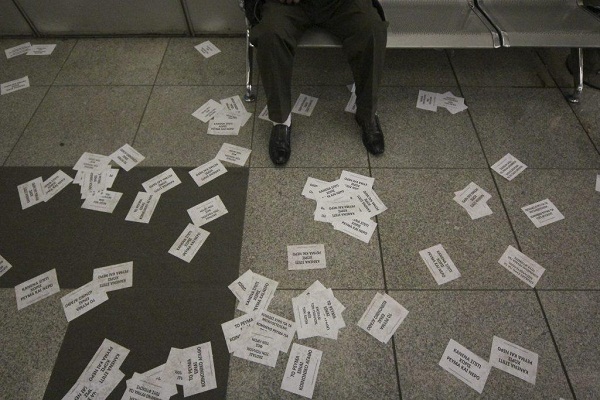 Approximately 30 members of anti-establisment group “Rouvikonas” broke into the Greek-Turkish Chamber in the Athens suburb of Nea Erythrea earlier on Wednesday and held a peaceful sit-in protest.

According to a Rouvikonas post on an anti-establishement website, “the sit-in at the Greek-Turkish chamber is held in “support of the Kurdish hunger-strikers and an end of Abullah Ocalan’s isolation in prison.”

The sit-in ended on Wednesday afternoon, while police have detained 20 people.