In a video message recorded on board the International Space Station (ISS) where he is currently serving as mission commander, Russian cosmonaut Anton Shkaplerov heaped praise on Greece as a tourism destination and spoke about the “unforgettable days” that Russian cosmonauts spend there during their rehabilitation after space missions. The message was uploaded on Thursday.

In his message, Shkaplerov referred to Fyodor Yurchikhin, a Russian cosmonaut of Greek descent, and the strong bonds with Greece developed by Russian cosmonauts, who go there for rehabilitation due to the ideal climate and conditions.

“This is why I took the logo of the National Tourism Organisation (EOT) into space with me and the songs of the Greek ‘Orpheus’ Giorgos Dalaras, ” he said, displaying the small blue logo pin on camera.

He also noted the recent development of tourism resorts in southern Russia and a first-ever Festival of Ancient Heritage being held in Novorossiysk and other cities with ties to ancient Greece in antiquity, ending the recording with the message “Hurrah for the friendship of Russia and Greece!”. 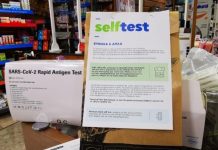