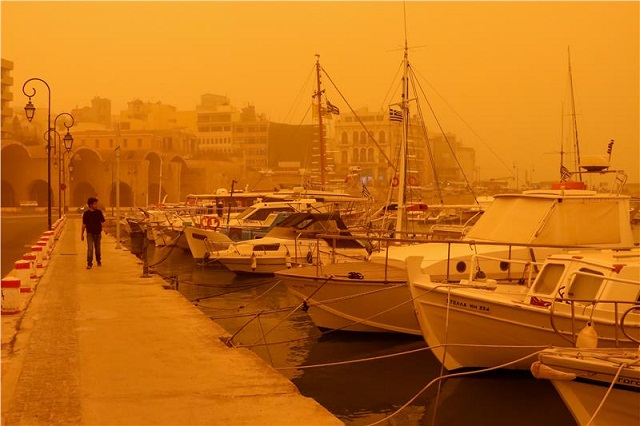 From Thursday on the phenomena will gradually begin to subside, though the levels of dust concentration will remain particularly high, especially in the morning. During the day the winds are forecast to change direction (to northerly), with velocity 7 on the Beaufort scale. On Friday the adverse weather conditions will be limited to the eastern parts of Greece.