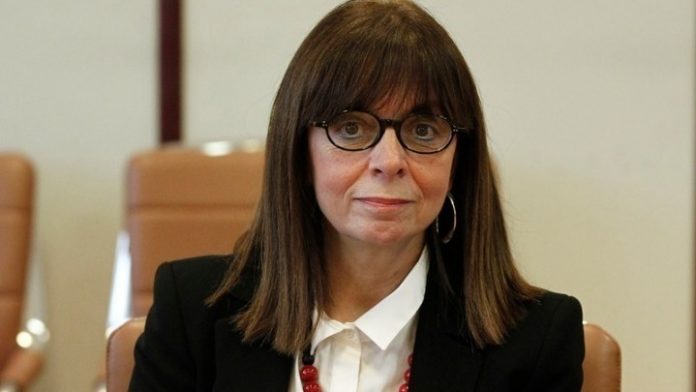 “This year, on the sad anniversary of the 20th of July, we are facing an unprecedentedly escalating Turkish aggression, which is manifesting itself throughout the Eastern Mediterranean region,” President Katerina Sakellaropoulou said on Monday in her statement on the 46th anniversary of the Turkish invasion of Cyprus.

At the same time, she underlined that “we are also facing the recent conversion of Hagia Sophia into a mosque. A decision that deeply hurts not only Hellenism, but also those who believe that this top symbol of Christianity belongs to humanity and the world cultural heritage, and that distances Turkey from the values of the secular state and the principles of tolerance and pluralism.”

“Against the illegal behavior of Turkey, we propose the legitimacy, the close cooperation and the constant coordination of Greece and Cyprus. Against the actions that endanger peace and stability, Greece and Cyprus strengthen regional cooperation, which contributes decisively to the development and prosperity of our wider region,” the President of the Republic pointed out.

“We are working with unwavering commitment to the fundamental principles of International Law and the Law of the Sea, with a commitment to the unwavering national goal and priority that always was and remains to be the finding of an agreed, just and lasting solution to the Cyprus issue, based on the decisions of the UN Security Council and the UN acquis throughout the territory of Cyprus.”

Referring to the Cyprus problem, she underlined that we are seeking “a solution that will finally free Cyprus from the Turkish occupation troops and will abolish the, according to common international confession, unsustainable system of guarantees and the right of third parties to intervene in the affairs of the Republic of Cyprus.”

She concluded: “Greece always remembers and honors the victims of the Turkish invasion, the missing and living Cypriots and Greeks, who in 1974 bravely and vigorously defended the freedom of Cyprus from the Turkish invader.” 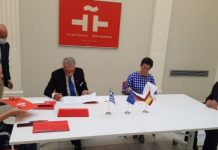 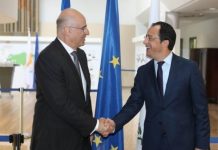