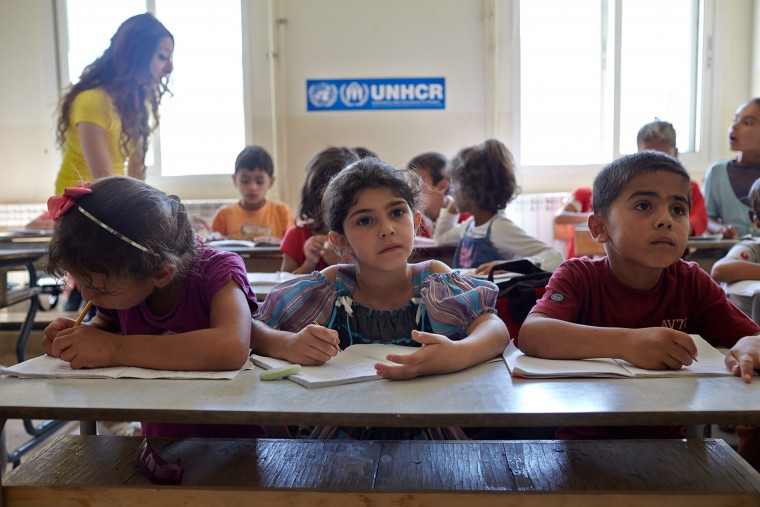 The first 1,500 children refugees started school in six camps and 20 schools around Greece on Monday, with 23 welcomed by their classmates at the 67th elementary school of Thessaloniki.

The children, from Derveni’s refugee camp, arrived shortly after 15:00, accompanied by Thessaloniki mayor Yiannis Boutaris and municipal councilors. The mayor’s team had brought along buns and pastries to distribute them among the children. “I’m sad about the reactions seen in other schools, which are based on baseless mentalities, as all kids have been inoculated,” Boutaris said.

“We tried to prepare accordingly and we already have teachers here who will teach the children,” the school’s principle Dimitris Goulis said.

At the 81st elementary school in the area of Kato Petralona in Athens, 30 children refugees from the camp of Eleonas were welcomed in their school by their new classmates and teachers. Another 60 children are expected to attend the same school in the coming days.

About 10 teachers volunteered to teach the children Greek, math and art during their four-hour school-day. “We will embrace the children of the refugees. They are just like all other children,” the school’s representative said.
A Greek woman, mother of three children said “education is for all the children, without discriminations. Our society here is open and we have embraced the world.” A grandfather standing nearby, waiting to pick up his grandson, said all children in the world are the same. “Why shouldn’t they come to school? There’s no problem.”

“Apart from some isolated exceptions which tried to create a negative climate but were dealt with immediately from representatives of the ministry, the welcoming of children refugees by Greek students and teachers was enthusiastic,” the Education ministry said in a statement, adding that Greek society responded warmly to the introduction of refugees in school.