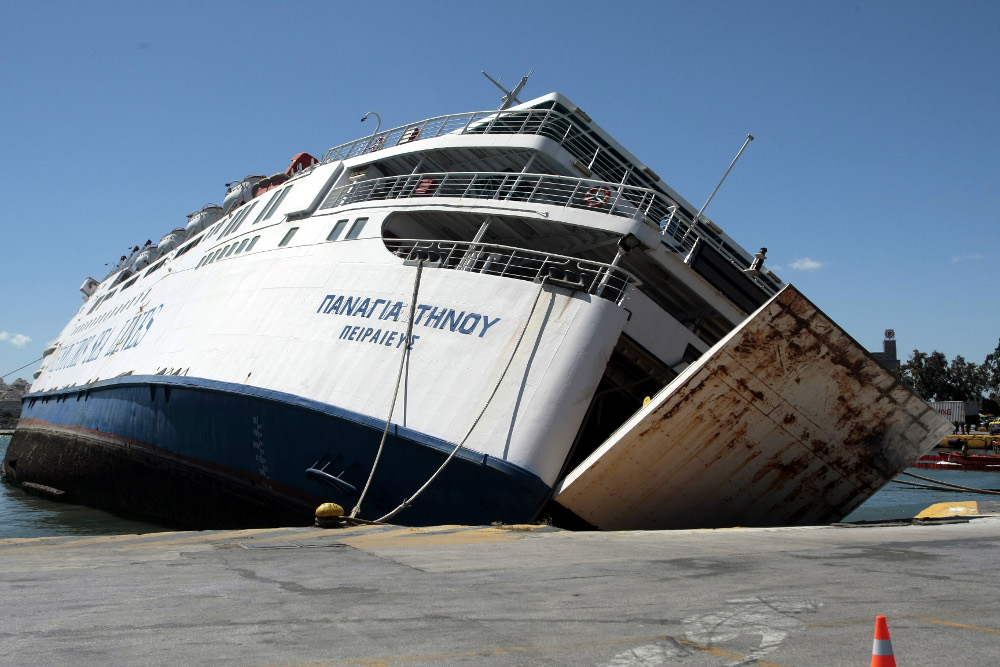 The Panagia Tinou ferry boat, which is docked at the pier E4 at the port of Piraeus, is reportedly taking in water and is reportedly tilting on its starboard side.

Two tug boats have been dispatched to help out, while crews are trying to pump water out from the vessel.

The ferry boat used to belong to the Ventouris Sea Lines company, but had been seized due to financial problems.

Although the Panagia Tinou briefly traveled to Kythira in January 2015, it was docked soon after due to debts towards the crew.