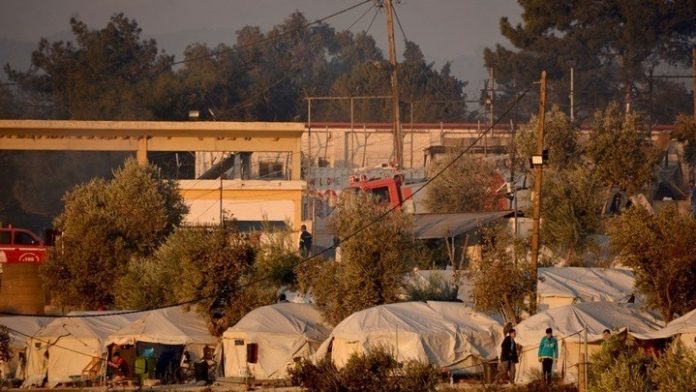 Six Afghani nationals were remanded in custody on Monday by order of a Lesvos prosecutor, who had been arrested on charges of arson and participation in a criminal group, for the fire that destroyed the Moria refugee camp earlier in September.
Four of the six Afghanis are aged 19 and two are 17.