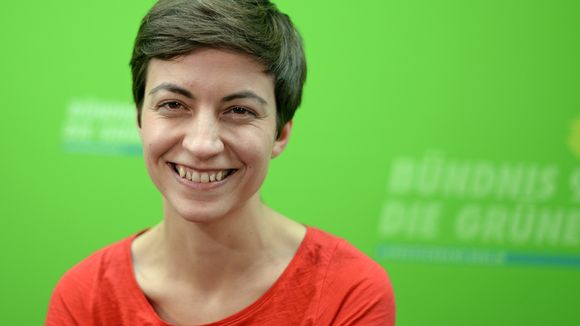 “A debt relief is necessary and I would expect to see it implemented very soon,” vice-chair of the group of Greens/European Free Alliance in the europarliament Ska Keller stated to the Athens-Macedonian News Agency.
Keller is paying a three-day official visit to Greece.

“Greece has done its duty and has implemented a series of painful reforms. This effort must be recognised both from the Eurogroup and from the lenders and should be translated into a relief which will come very soon,” she estimated.

The German eurodeputy, within the context of her meetings in the Education and Finance Ministries, found that “a number of steps have been taken towards the implementation of reforms on tax evasion, smuggling and also in children refugees education,” something that as she said, “the lenders should recognise”.

On the refugee crisis, Keller said that “the management of the crisis is EU’s responsibility” adding that “the refugees do not have Greece as final destination but EU which should offer them refuge”. She also noted that “the fact that many state members appear to believe that it is enough the refugees to be abandoned in the EU border countries is unacceptable”.

“We must offer more solidarity with the relocations and most important is to have a new asylum system through which the refugees will not be trapped in the reception countries as Greece and Italy”, she stressed.

On COP22 on climate change in Morocco and the benefits for the Mediterrenean countries and particularly Greece, Keller estimated that the “conference may bring huge dynamics, particularly in relation with the promotion of renewable energy and the development of clean forms of energy reaching even the total coverage of the energy needs”.

During her visit to Greece, Keller and the delegation of the European Greens will continue their meetings in ministries while on Friday, Keller will be key speaker in an Ecologists Greens event entitled “What Europe we want”. On Saturday they will visit the refugees hosting facilities in Schisto and Skaramangas.