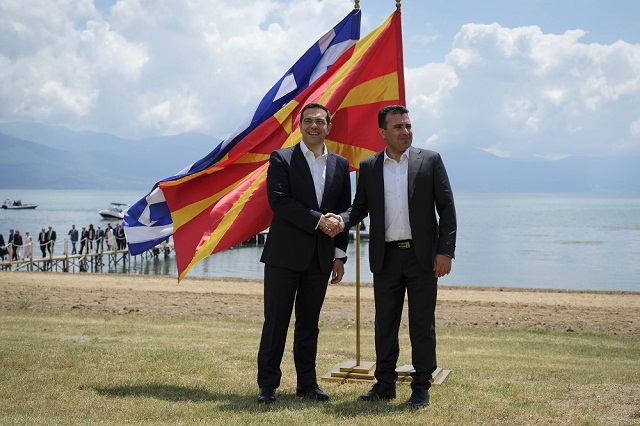 The government of the Former Yugoslav Republic of Macedonia (FYROM) expressed regret “if the comments by Prime Minister (Zoran Zaev on the Prespes Agreement) were misinterpreted” on Tuesday, and reiterated its intention to fully implement the Agreement with Greece.

“All our actions and statements are made in good faith to support the Agreement,” FYROM Government Spokesman Mile Bosnjakovski said, and as a country hoping to become a member of the EU, it understands that each country looks after its citizens and that Balkan countries do not intervene in domestic issues of their neighboring countries.

He also pointed out that the country commits to avoiding any intervention in Greek affairs in accord with article 4, paragraph 3 of the Prespes Agreement. “It is understandable that the policies on the use of languages in both countries are not defined by the Prespes Agreement,” he said, and “we understand and respect that the issue related to the languages taught in Greece is one of domestic affairs and of domestic policy.”

Prime Minister Zaev is absolutely committed to a policy that introduces European values in the Balkan area and is committed to improving good neighborly relations, the spokesman said. The government expresses regret “if the prime minister’s statements were misinterpreted,” Bosnjakovski said.