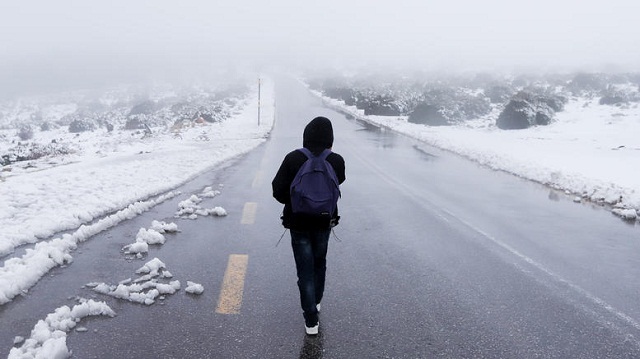 Several areas of Greece are experiencing snowfall, even at relatively low-lying areas, as part of the phenomena caused by the “Sophia” weather system.

According to the latest forecast by the National Observatory of Athens’ Meteo service, snowfall will be especially pronounced Friday. It’s already snowing in all throughout the prefectures of Macedonia, Ioannina, Trikala and Larissa and snow chains are required on several roads.

Snow is also expected in Thessaloniki as well and, in the evening, in northern suburbs of Athens.

“Sophia” is bringing very low temperatures, as a mass of cold air from the north will sweep through the country. Temperatures will drop several degrees below zero Celsius overnight into Friday and Saturday, especially in central and northern Greece.

Overcast with freezing rain or snowfall is forecast for most of Greece, with freezing conditions in Macedonia, Thrace, and Epiros. Northerly winds ranging from 5 to 7 on the Beaufort scale, up to 9 at sea. Temperatures ranging from 1C to 7C in most areas except Macedonia and Thrace, where they may drop to -8C and rise no more than 2C.