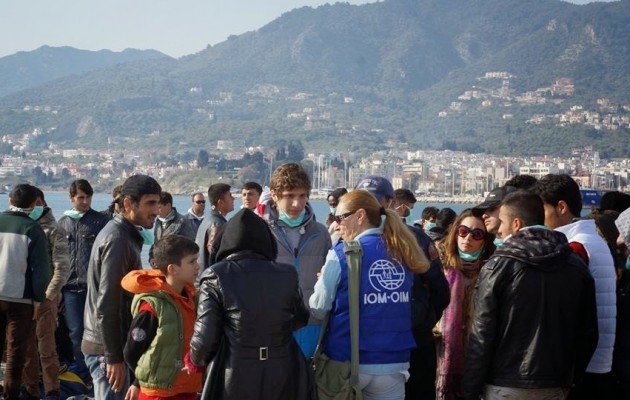 The Lesvos municipality on Tuesday announced that the ‘Georgios Skoufos’ sports stadium in the northwest of the main town of Mytilene will be handed over to state authorities, to facilitate the process of registering thousands of migrants and refugees that have arrived on the island. It said the decision was made in consultation with caretaker Prime Minister Vassiliki Thanou, in the wake of recent events and the risk of a “social eruption with incalculable consequences.”

The sports stadium will be made available until Thursday, after which it must be free for use by three adjacent schools that open again on Friday.
Municipal authorities said the decision was made in order to speed up the registration process as much as possible so that the migrants and refugees can leave the island.

Within a few hours of opening up the new area for migrant registrations, migrant congestion in the town of Mytilene has lessened and island authorities hope for continued improvement over the next few days. It forms part of a new plan for coping with the refugee influx on the island that includes the opening of the disused Petra army base and the Klio and Kapi outposts, where new arrivals will be taken for processing before they are allowed to embark on ships at the port of Sigri to take them off the island.

Those arriving on the other side of the island near Mytilene will be taken to the old Kourtzi army base, currently owned by Alpha Bank, and then leave for Piraeus from the port in Mytilene.

On Monday, 2850 refugees and migrants left from Mytilene on board the ships ‘Eleftherios Venizelos’ and ‘Blue Star 1’ and another 8,000 are due to depart on Tuesday.