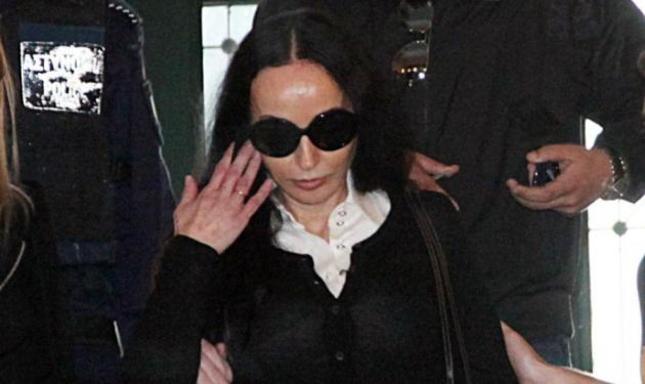 Vicky Stamati, wife of former minister Akis Tsochatzopoulos who was jailed again recently over bribery and money laundering, filed for divorce on Wednesday “to protect her child, a minor.”

In a statement released by her lawyer, Stamati, who also served a jail sentence, said that she was “sentenced unfairly twice only because I carry the surname of my husband, ‘Tsochatzopoulos’.”

She said that “the fiber of my family has been torn and therefore I have the ethical obligation towards our only child to move to divorce the man that I have adored and still adore, respect and will respect, admired and will continue to admire.”

Stamati also condemned what she called “the brutal wrongdoing of the system that executed us ruthlessly and coldbloodedly. The sentence was executed.”

Tsochatzopoulos had been released for health reasons but was jailed again when an appeal on his sentence failed.