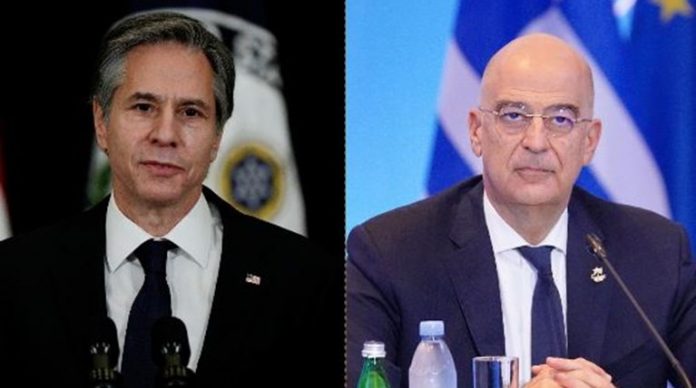 The top diplomats “emphasized their commitment to further strengthening U.S.-Greece bilateral relations, including through the U.S.-Greece Strategic Dialogue and the 3+1 process with Cyprus and Israel, and close cooperation on defense, energy diversification, and stability in the broader Eastern Mediterranean region,” spokesman Ned Price said in a statement.

“The Secretary voiced support for ongoing exploratory talks between NATO Allies Greece and Turkey and congratulated Greece on the occasion of the Greece Bicentennial celebrations this year,” added Price.

The State Department was referring to recently resumed talks between Athens and Ankara that are seeking to find fair and equitable settlements to issues in the Aegean. The first exploratory talks between Greece and Turkey in nearly five years were held last month with the next round expected to convene in Athens.