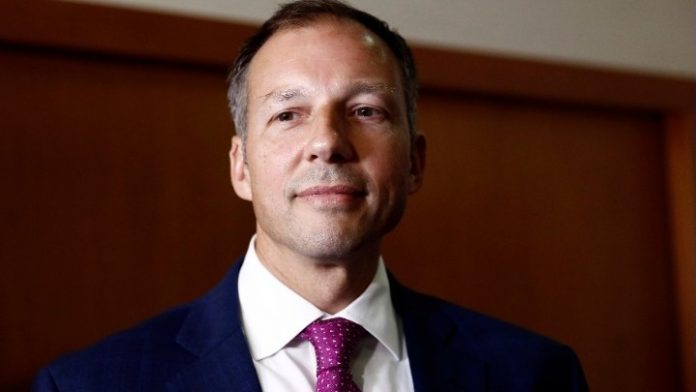 The United States has “been very consistent in calling to stop all provocative actions that could undermine investment confidence in the East Mediterranean region” and affect political stability, US State Department Assistant Secretary for the Bureau of Energy Resources Francis Fannon said on Tuesday, speaking at a virtual roundtable discussion “East Med and the trilateral partnership (Greece, Cyprus, Israel) and its role in regional energy security and economic cooperation in the age of Covid-19 and beyond”.

The event was organized by the Atlantic Council and the American-Hellenic Chambers of Greece, Cyprus and Israel.

Asked to comment on the Turkey-Libya memorandum of understanding (MoU) relating to maritime zones, Fannon said that although the US does not comment on countries’ maritime boundaries as a matter of course, “I would recognize that an MoU cannot as a legal matter affect the rights or obligations of third states such as Greece. International Law, the Convention of the Law of the Sea generally recognises that islands … generally have an EEZ and they have a continental shelf, just as any other land territory.” An MoU “does not abrogate the rights of states,” he added, “their legal stateus is recognized, there’s not an equivalency here.”

Speaking of Turkey, he said it “is an important country. We want Turkey to continue looking westward and to play a constructive role in the international community more broadly” in Europe and the East Mediterranean region. “Provocative actions, provocative statements undermine confidence and it doesn’t even advance their own agenda,” the State Department official said.

Greek Environment & Energy Minister Kostis Hatzidakis said that Greece held a decisive stance and expressed the hope that a new spirit would prevail in the neighboring country. Referring to the Turkish President, he said, “Mr. Erdogan made a provocative statement a few months ago that the three countries – Greece, Cyprus and Israel – have no right to sign an agreement for the East Med natural gas pipeline. We did it because we believe this pipeline does not serve to antagonize any country but to serve the interest of all three countries. It is a cooperation and peace project.” He also referred to Turkey’s efforts to force migrants to enter Greece at the Evros borders, but added that Greece is “working to upgrade (its) relationship with our neighbors as we defend our national sovereignty.”

Cyprus Minister of Energy George Lakkotrypis said that Turkey’s behavior is not news, and that it has been trying to conduct drilling in the Cyprus EEZ, violating the international Law of the Sea.
Energy Minister of Israel Yuval Steinitz said the East Med pipeline is viable and a very promising project that will contribute to Europe’s energy security.

US Ambassador Geoffrey Pyatt referred to guaranteeing the energy security in Europe and to American investments in Greece. He said Greece is emerging as a significant source of energy security in SE Europe with projects like the terminal station of Revythoussa, the TAP natural gas pipeline, the Greece-Bulgaria Interconnector and the floating LNG unit in Alexandroupolis.

This collaboration with Greece, Israel and Cyprus brings three democracies together that enjoy a powerful and dynamic relationship with the US, he added