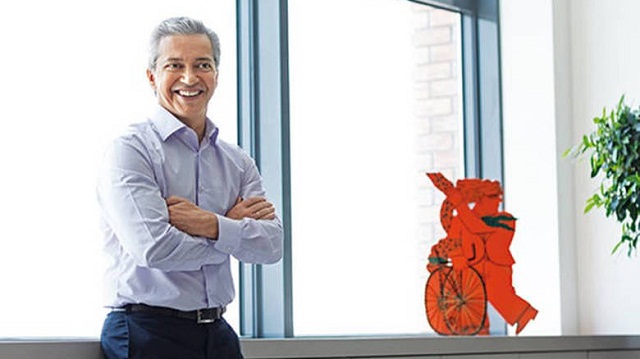 One of the owners of the Sklavenitis supermarket chain in Greece, Stelios Sklavenitis, passed away on Sunday morning due to multiple organ failure, following a diagnosis of type B influenza.

According to an announcement issued by Hygeia hospital in Athens, Sklavenitis arrived at the hospital’s outpatient clinic at 22:00 on Saturday with severe breathing difficulties and was rushed to an ICU, where doctors diagnosed Acute Respiratory Distress Syndrome (ARDS) linked to an influenza B virus infection. Despite doctors’ efforts, he developed multiple organ failure and died due to a haemorrhage in the lungs at 7:18 on Sunday.

An announcement issued by the Central Union of Hellenic Chambers and its president Constantine Michalos later on Sunday stressed that the loss of Stelios Sklavenitis has spread grief throughout Greek society, including his family, the country’s business community and the thousands that work in his businesses.

“A man has gone from this life that was a shining example for his flawless character and creativity. He was full of zest for life and a desire to contribute, tireless, always with a smile on his lips, active and efficient as few business people are. His loss will be hard to make up,” the announcement said, expressing warm condolences to the family and his staff.

Hellenic Confederation of Commerce and Entrepreneurship President Vassilis Korkidis said he was “shocked” by the sudden death of his friend.

“God always takes good people near him sooner. His memory will be eternal in the world of commerce, the employees and consumer public for all the good things he generously offered. My warmest condolences to the family,” he said.