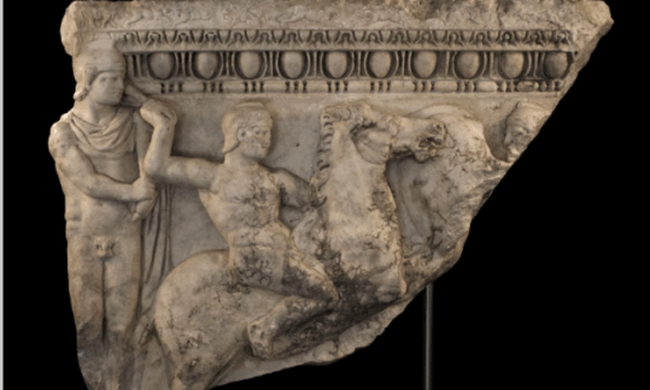 A part of a marble sarcophagus that was stolen in 1988 and was found and confiscated from a gallery in Manhattan, New York, where it was displayed will return to Greece.

The sarcophagus dated back to 200 AD depicts a battle between Greek and Trojan fighters.

The official repatriation ceremony as well as the relevant protocol was held in the office of District Attorney of Manhattan Cyrus Vance Junior.

“Often smuggled antiquities acquire a facade of legality over the years or the change of ownership” stated Vance adding “Galleries, auction houses and collectors should be on alert because my office and my associates are closely monitoring the catalogues and the sale of objects of suspicious origin”.