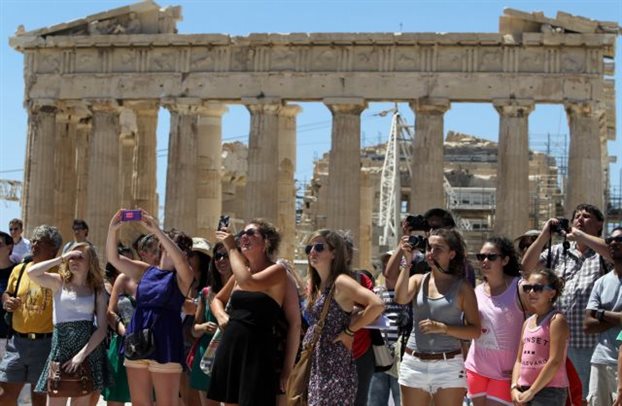 Ιn the period under review, 1,487 cruise ship arrivals (January-June 2015: 1,490) and 1,783 thousand cruise passenger visits (January-June 2015: 1,626 thousand) were recorded. It should be noted that a breakdown by country of origin is not available at present for the Cruise Survey data. This survey revealed that 91.9% of all cruise passengers were transit visitors, with an average of two stopovers at Greek ports of call, virtually unchanged from a year earlier.

In January-June 2016, total receipts from cruise passengers rose by 14.2% year-on-year to 177 million euros. Of this amount, 13 million euros was already captured in the Border Survey data, as it represents receipts from visitors leaving the country through Greek last ports, while the remaining 164 million euros represent additional receipts data recorded by the Cruise Survey.

In the period under review, total overnight stays ashore increased by 12.5% to 1,364 thousand, while the total number of cruise visitors rose by 29.5% year-on-year to an estimated 1,092 thousand, with a positive impact on cruise receipts.