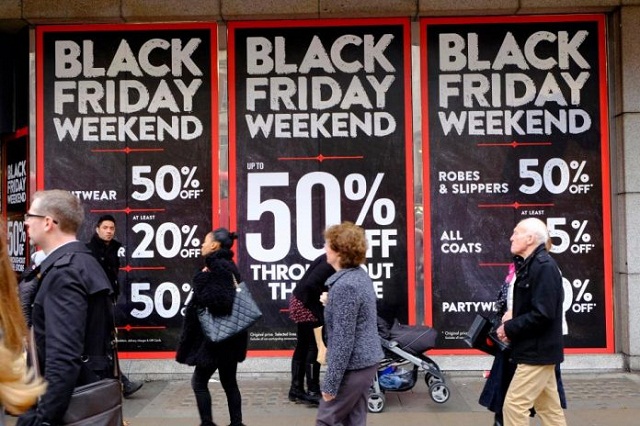 Greek consumers participated more in this year’s Black Friday sales than last year, but spend small sums in retail products, a survey by the Marketing Laboratory (MarLab) of the University of Macedonia showed on Sunday.

The survey, which aimed at recording the behavior and stance of Greek consumers towards the specific event organized by retail chains, showed that 44.5 percent of those questioned shopped on Black Friday, with 78.2 percent saying they shopped both from retail stores and online. Another 15.3 percent said they only visited retail stores while 6.5 percent went online.

Consumers paid mostly with cash (49 pct) versus a 26.45 percent who used credit/debit cards. In terms of what they actually bought, the majority of consumers chose cosmetics, electronics and clothing/footwear.

However, most participants said they spent up to 50 euros (42.5 pct) on Black Friday, with only 6.3 percent saying they splashed out more than 501 euros.

The survey also showed that consumers were not impressed with the sales on offer, with 51 percent saying they were offered a mere 20-30 percent discount on the products they bought and only 9.8 percent saying they bought a product with a retail sale larger than 50 percent. The majority of respondents (72.3 pct) said technology products were the ones with the highest discount.

As far as their knowledge of what Black Friday is, an overwhelming 61.5 percent of participants said they knew well or very well the event, while 12.8 percent said they did not know much or hardly anything about it.