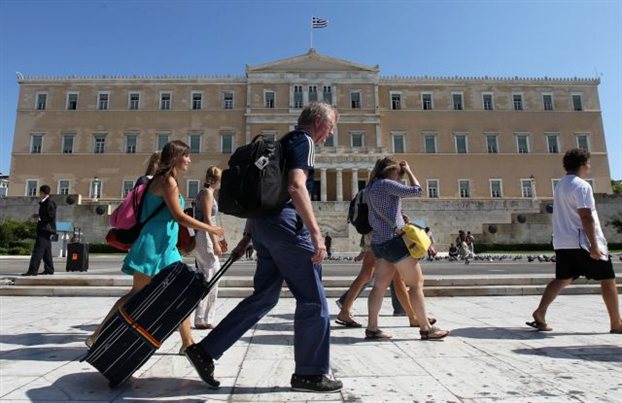 The contribution of tourism to the Greek economy totaled 18.63 pct a survey conducted by Grant Thornton for the Hellenic Chambers of Hotels said, adding that according to 2016 data, hotels contributed around 10 pct of GDP and 6.5 pct of employment in the country.

Greek tourism agencies called for the need of equal taxation between hotels and time-sharing companies and called for the need to reduce tax burdens on hotels in a move aimed to boost state proceeds. The survey said that a common taxation of hotels and time-sharing companies (such as Airbnb) could boost state proceeds by at least 341 million euros annually.

Overtaxation of Greek hotels led hotels to higher end-prices by 2.20-6.77 pct reducing profit margins and weakening their ability to play a dynamic development role, George Tsakiris, president of Hellenic Chambers of Hotels said. He added that direct and indirect contribution of Greek hotels on tourism revenue will exceed 17 billion euros this year, or 52 pct of national tourist revenue.