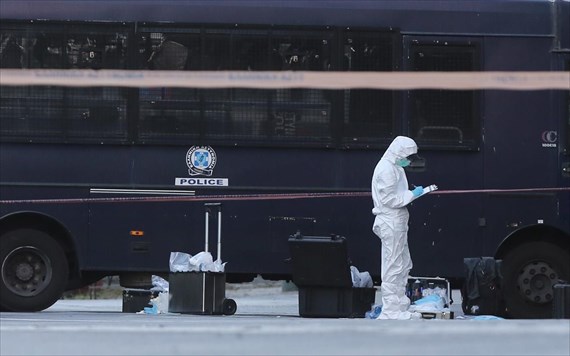 We unequivocally condemn the terror attack against the French Embassy in Athens, said SYRIZA in an announcement on Thursday.

We express our solidarity to the special guard who was injured during the attack. This kind of actions undermine the democracy and the peoples’ peaceful co-existence,” noted SYRIZA announcement.

The Communist Party of Greece (KKE) condemned the attack in an announcement on Thursday. “This kind of actions that are totally against the working class movement, offer only an alibi to repression that intensifies on the occasion of US President Barack Obama’s visit to Greece They also terrify those who want to take part in the rallies against US President’s visit.