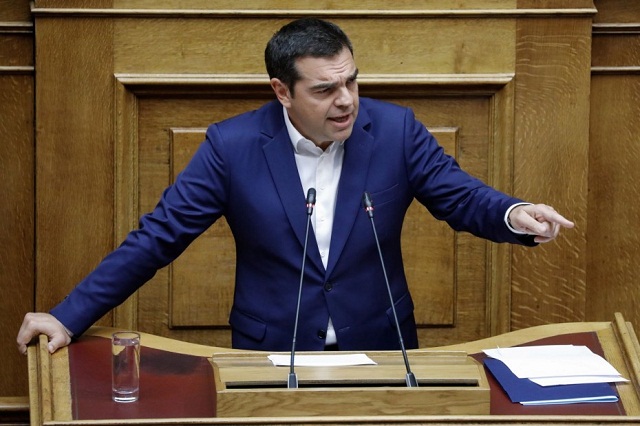 Main opposition SYRIZA-Progressive Alliance leader Alexis Tsipras described the course of the pandemic in Greece as extremely worrying, while speaking in Parliament on Monday, accusing the prime minister of “a catastrophic failure in dealing with the coronavirus and concealment of the truth.”

“The more negative records the country reaches in coronavirus cases and deaths, the more you stop talking about them,” he said.

“Every week we lose about 300 people, ie a small village. And you behave as if the coronavirus no longer exists. You have decided on your own to end the pandemic. Last year at such a time, we had a total of about 400 losses. And every now and then you briefed the parliament. Today we have more than 15,000 losses.”

“Things are – again – very difficult,” said Tsipras and accused the government that despite the pandemic, it left the hospitals understaffed and “failed in the goal of creating a wall of immunity from universal vaccination”.

Citing the comparative data, he claimed: “Greece is last by a long way among the countries of southern Europe (Portugal, Spain, Italy, Cyprus and Malta) in vaccination coverage. But also behind even Eastern European countries, having fully vaccinated less than 60 pct of the total population. In the European ranking it is in 20th place.”