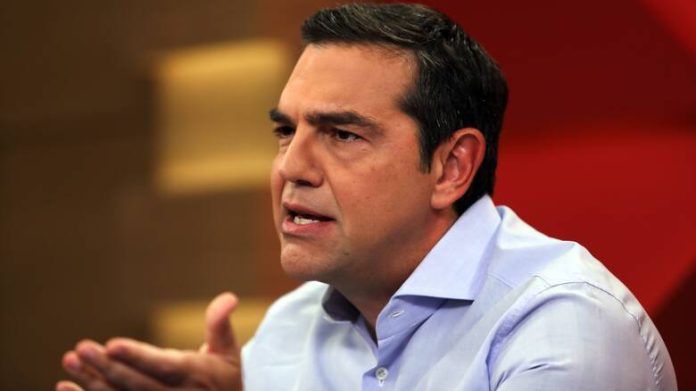 In a renewed attack on the Greek government in an interview with Open TV on Holy Wednesday, the main opposition SYRIZA-Progressive Alliance President, Μr Alexis Tsipras, blamed the Greek Prime Minister, Mr Kyriakos Mitsotakis, for the very high electricity prices in Greece, saying this was a direct result of his policy choices.

“We don’t want money trees; we want to cut down the thievery-trees,” Mr Tsipras said, noting that Greece has had the “highest price per MWh for months now”. He pointed out that the price of power in Greece approached 280 euros, whereas in Spain and Portugal – which had succeeded in uncoupling of power prices from those of natural gas – the price was 112 euros.

“In Greece this is passed on in its entirety to the consumer. Is this the free market? Zero risk for the producer?” Mr Tsipras asked.

The main opposition leader repeated that SYRIZA-PA wants to redress the repercussions of an abrupt phasing out of lignite and the privatisation of the Public Power Corporation (PPC), noting that this would not have any fiscal cost, while he repeated the necessity for a ceiling on wholesale power prices and an intervention in the energy exchange.

Asked to comment on the fact that the energy exchange was introduced under the previous SYRIZA government, Mr Tsipras said that this had been a European directive that all governments were obliged to implement but that, in Greece’s case, this was being done in a “skewed” manner.

“It is murderous for households. It is a criminal policy for Greek society,” he added, while holding the prime minister to account for failing to do anything about what the European Commission had called the “windfall profits” of energy companies, the lion’s share of which went to the PPC.

“They have plundered the pockets of consumers for profits, so that the ‘blue’ golden boys can earn astronomical salaries,” he said.