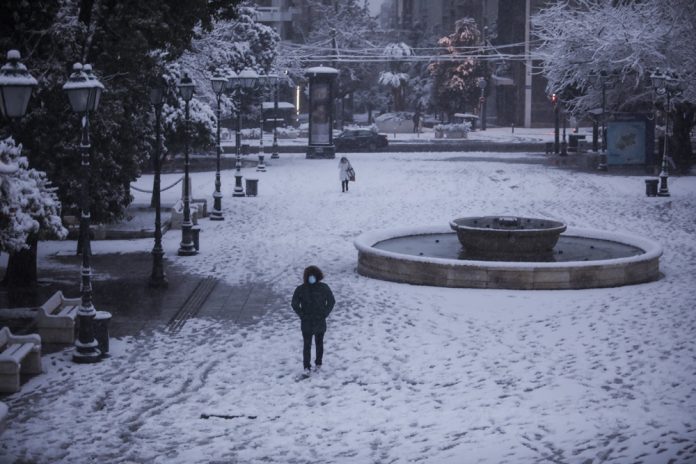 The shut downs of Athens metro line 1 and the national motorway yesterday, Monday, while couriers delivered food on motorbikes in snowbound roads describe in a single image “how the government understands its management of this cold front,” SYRIZA-Progressive Alliance spokesperson Nassos Iliopoulos said on Tuesday.

Speaking to Sto Kokkino FM, the main opposition’s spokesperson added, “For some reason the government appears to believe that there are no working people in Athens who need to go to their work, there are no people ‘dependent on their wages,’ as Prime Minister Kyriakos Mitsotakis himself has said,” and criticized the “total lack of protection” for food delivery couriers.

The heavy snowfall in Attica has disrupted the operation of public transport on Tuesday, including the metro system.

On the Athens metro, Line 1 (Piraeus-Kifissia), which is partly above ground, shut down while Line 3 (blue line) runs to Doukissis Plakentias station, where passengers going to the Athens International Airport must then transfer here to the Proastiakos (suburban) railway trains to complete their journey.

Buses and trolley services are operating only in the southern suburbs of Athens, with vehicles recalled as a safety precaution due to the icy conditions on Tuesday morning.