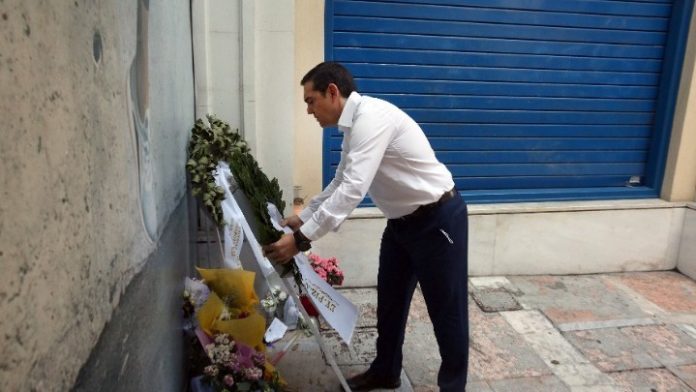 “Today we honour, as we have done every year for the past 10 years, the memory of our fellow citizens that unjustly lost their lives in the branch of Marfin Bank. And on this occasion, once again, we express our condemnation of violence. We unequivocally condemn violence, especially violence against the most precious of goods, the most precious value that is human life,” main opposition SYRIZA leader Alexis Tsipras said on Saturday, laying a wreath at the site where a commemorative plaque has been erected for the victims of the 2010 Marfin Bank arson attack.

“Nevertheless, today I am unfortunately also obliged to unequivocally condemn not just violence but also hypocrisy. The hypocrisy of [Prime Minister Kyriakos] Mitsotakis, who decided to open up the case file, one decade on, for an investigation by the Citizens’ Protection Ministry, by the same people that 10 years ago proved incapable of seeking and finding the culprits or leading them to justice to account [for their actions],” Tsipras added.

The main opposition leader repeated his condemnation of violence “but also the hypocrisy of Mr. Mitsotakis”, noting that just a few months before decided to erect the plaque at this spot, the prime minister had instructed the citizen protection ministry and the labour ministry to appeal against a court ruling that had awarded compensation to the families of the victims for their deaths. 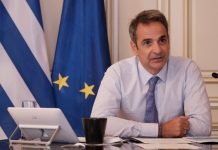