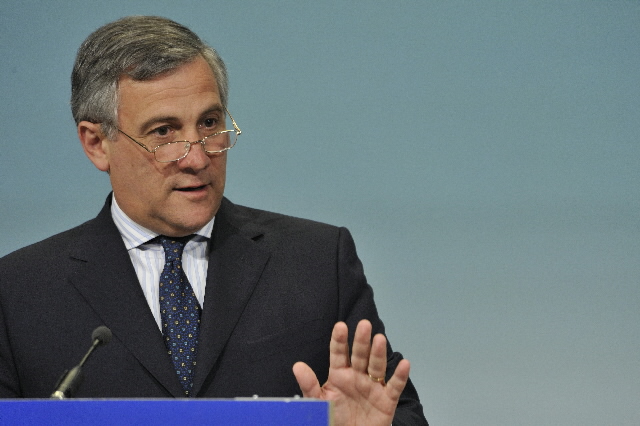 European Parliament President Antonio Tajani has promised that the European Parliament, and he personally, will continue to support the two Greek soldiers being held in Turkey and take specific action for their release, during a meeting with the head of main opposition New Democracy’s MEPs Manolis Kefalogiannis.

In an announcement on Wednesday, Kefalogiannis said the meeting with Tajani was part of a series of meetings he had with European officials regarding the two soldiers – Aggelos Mitretodis and Dimitris Kouklatzis – who have been held without charge in a maximum security prison in Edirne since March 1, after accidentally straying across the Greek-Turkish border.

He briefed Tajani on his recent visit to the prison where the two soldiers are being held and that their third request to be released has been denied. Tajani said that a recent resolution adopted by the European Parliament calling for their release was only the start of European initiatives in their support, and that these will continue until they are safely returned home.

The MEP had earlier met the Secretary General of the European People’s Party group in the European Parliament, Antonio Lopez-Isturiz, and EPP group leader Manfred Weber.