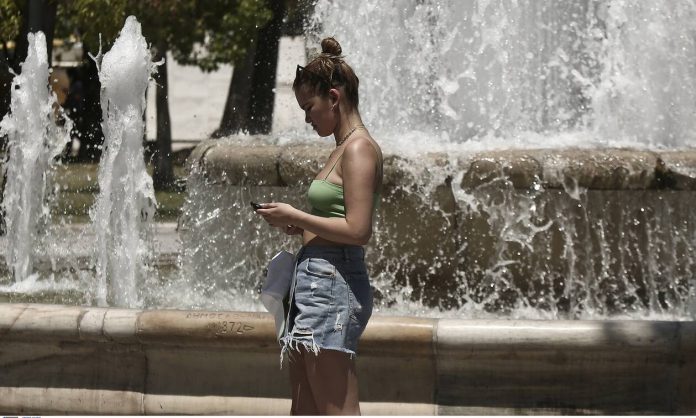 Temperatures in Greece are forecast to rise significantly in Greece over the next few days, reaching as high as 43-44C on the mainland on Thursday, according to the latest data from the Athens National Observatory’s weather service, meteo.
On Wednesday, the maximum temperatures in central and the southern parts of the country will climb to between 39C and 41C, while in the north they will range from 36C to 38C. Very high temperatures are also forecast on the islands, reaching 39C in some parts of Crete and eastern Rhodes.

Additionally, dust concentrations will remain high in the western parts of Greece.

The risk of fire will be very high (category 4) on Thursday in six Greek regions, according to the Wildfire Hazard map released by the General Secretariat for Civil Protection.

Particularly the regions of Attica, including the island of Kythira, Sterea Ellada, the region of Thessaly, the Peloponnese, the region of western Greece and the southern Aegean are in category 4 .

The General secretariat for Civil Protection has informed the responsible state authorities, as well as the regions and municipalities facing high risk of fire to be on high alert.

The general secretariat recommends that the public show extreme caution and avoid actions outdoors that may cause a fire through negligence, such as the burning of dry grass or garbage, throwing lit cigarettes or use of machines that produce sparks, as well as the use of barbeques. 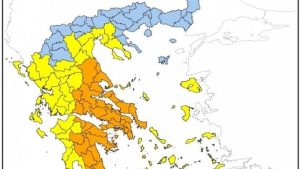