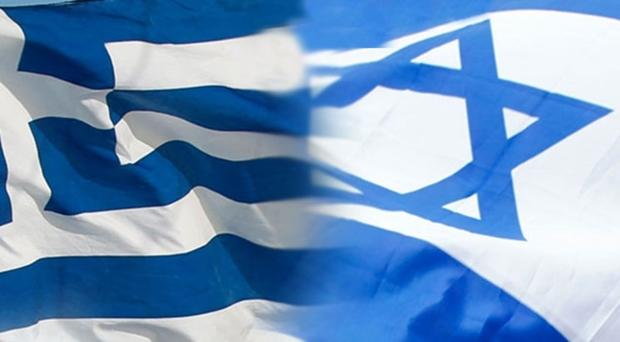 The deterioration of relations between Israel and Turkey that began at the end of 2008 led the Israeli leadership to look for alternative alliances in the Eastern Mediterranean. A rapprochement with Greece, traditionally at odds with Turkey, made theoretical sense, but was difficult to accomplish due to Greek sympathy with the Arabs and the Palestinian cause. Careful diplomacy was thus required.

While some discussions on the matter began in Athens in the spring of 2009, the turning point occurred in 2010. Prime Ministers George Papandreou and Benjamin Netanyahu opened a new chapter in the bilateral relationship by meeting in Moscow in February of that year. Two important visits soon followed: one by Papandreou to Jerusalem in July of that year and one by Netanyahu to Athens in August.

As a matter of principle, Papandreou was in favor of a multidimensional Greek foreign policy and interested in the security and economic benefits that could follow a rapprochement with Israel. More importantly, Greece counted on Israel’s support during a particularly tough and unpredictable period for its national economy. This support was played out in both Europe and the US on several occasions.

In June 2011, for instance, The Jerusalem Post reported that Netanyahu had used his reputation as a leader with a good grasp of economic matters to encourage Israel’s friends to be supportive of Greek policies. When Papandreou resigned at the end of October 2011, Netanyahu did not change his approach. Hosting Greek Prime Minister Antonis Samaras two years later, he encouraged Israeli investors and businesspeople to go to and invest in Greece.

Military cooperation between the two countries has been also remarkable since the ice was broken. Between 2010 and 2012, no fewer than 13 joint Greek-Israeli military exercises were conducted. According to a paper published by the Hudson Institute, bilateral cooperation in the zone between Israel and Crete (a distance of about 1,400 km) has allowed Israeli pilots to engage in bombing drills and the aerial refueling needed to cover a distance equal to that separating the country from Iran’s Natanz nuclear enrichment facility. Reuters informs us that Israel has trained in Greece against the Russian S-300 anti-aircraft system.

Greek-Israeli relations improved further during the administration of the leftist SYRIZA party. Despite the stance of its leader and current premier Alexis Tsipras while in the opposition, he has proven to be a real friend of Israel. Israeli ambassador Arye Mekel calls this “impressive and surprising.” Not only is the Greek prime minister interested in close cooperation with Israel, but he sometimes supports Israeli positions in the EU. In November 2016, Greece defied an EU order on labeling settlement goods. Tsipras is also showing sensitivity in the fight against antisemitism, which remains a problem in Greece.

Eight years after the initial rapprochement between Greece and Israel, the bilateral partnership is stronger than ever. Israeli companies are interested in participating in the Greek privatization program and military exercises — also under NATO aegis — are multiplying. The January 2018 visit of Israeli President Reuven Rivlin to Athens and Thessaloniki was another indication of the excellent status of the bilateral relationship.

Greece’s main opposition party, the conservative New Democracy party, is ahead in all opinion polls, and it will certainly continue the pro-Israel path of previous governments if it wins the next election. George Koumoutsakos, the head of New Democracy’s international affairs department, paid an official visit to Israel in mid-March 2018 and said that Greek-Israeli relations “could acquire strategic depth in favor of economic progress, stability, and peace in the region of the Eastern Mediterranean.” The head of the party’s defense affairs department, Vassilis Kikilias, also visited Israel a few days afterward in another sign of continuity.

Energy developments in the Eastern Mediterranean are only helping the bilateral partnership. In December 2017, for example, Israel Chemicals (ICL Group) signed a contract with the Greek Energean company for the latter to supply up to 13 BCM of natural gas to the former at a total consideration of $1.9 billion over a 15-year period. For their part, the governments of Greece, Israel, and Cyprus are frequently convening trilateral summits for the purpose of finding areas of collaboration around prior and forthcoming natural gas discoveries in the Eastern Mediterranean. In spite of the high cost of doing so, the construction of the EastMed pipeline to transfer energy resources from the Levantine Basin to Europe remains a means of enhancing regional security in a turbulent neighborhood.

The rapprochement between Greece and Israel initially aroused some skepticism, but in 2018 the landscape is much clearer. Mutual suspicions are disappearing and Greece is becoming a reliable ally of Israel while Turkey is manifesting its Islamist, neo-Ottoman aspirations on all fronts. The creation of a geopolitical bloc including Greece, Israel, and Cyprus is no longer a utopian ideal and is supported by the US.

The sky might be the limit for Greece and Israel, as President Rivlin recently argued. The younger generation of Greeks and Israelis is prepared to accept and even serve this goal.

Dr George N. Tzogopoulos is a BESA Research Associate, Lecturer at the Democritus University of Thrace, and Visiting Lecturer at the European Institute of Nice. BESA Center Perspectives Papers, such as this one, are published through the generosity of the Greg Rosshandler Family.