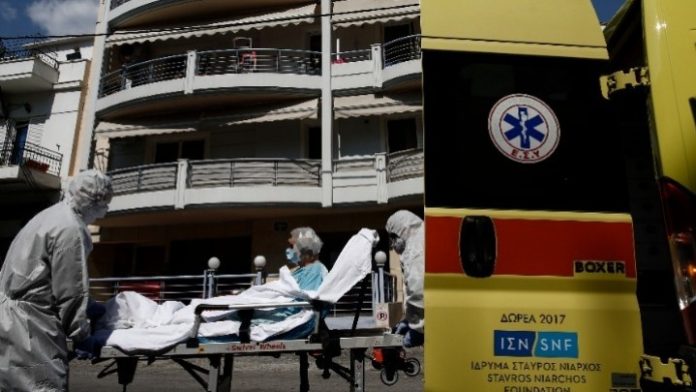 he Emergency Ambulance Service (EKAV) is on the frontline of the fight against Covid-19. The Athens-Macedonian News Agency (ANA) visited its operation centre and talked to its president and the employees.

There is moderate optimism, cases are declining, as they said. The “flattening” of the curve of coronavirus cases is clear, based on EKAV’s data as the trasfer of suspected or confirmed cases has declined by 50 pct over the last week.

“Last week we transferred 90 suspected cases daily, of which 20-25 were confirmed, this week this number has been reduced by half, about 40 suspected cases are transferred per day and of these, about 10 cases have tested positive,” said Yiannis Vassileiou, head of the EKAV center, to the ANA.

He spoke of “a phase of decline in terms of the numbers.” As he said, timely action by the government, the compliance of citizens with the instructions of the authorities and good preparation by the health services played an important role in bringing this about.

EKAV is dealing with the Covid-19 pandemic in the best possible way, he said, adding that it had started preparing before the first cases appeared in Europe.

“We had done simulation tests. There was a plan to deal with the pandemic according to its different phases of transmission,” he concluded.